This is being run as a News Brief at Arutz 7: (Emphasis Mine) 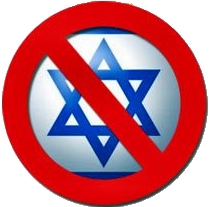 Facebook announced it is monitoring an Arabic social networking page calling for a "Third Intifada" against Israel, but site's decision makers say they don't believe it has crossed into incitement and will not remove it. The site has 330,000 members and advocates a mass march into Israeli territory by residents of neighboring countries. The page's administrators posted a quotation of a Hadith (Islamic tradition) that is popular with radical groups, which reads, "The hour [of redemption] does not come until the Muslim fight the Jews and even the stones and trees say, 'O Muslim, a Jew is behind me, so kill him.'"
Nope--No Incitement Here--moving along...