Lost Freedoms: The World is Muzzled By Political Correctness!

Dale Hurd Outlines the Loss of Free Speech in Britain~It is Almost Too Late to Speak Out!
Posted by Jerusalem Vistas~Israel Vision at 8/31/2014 05:43:00 PM No comments: 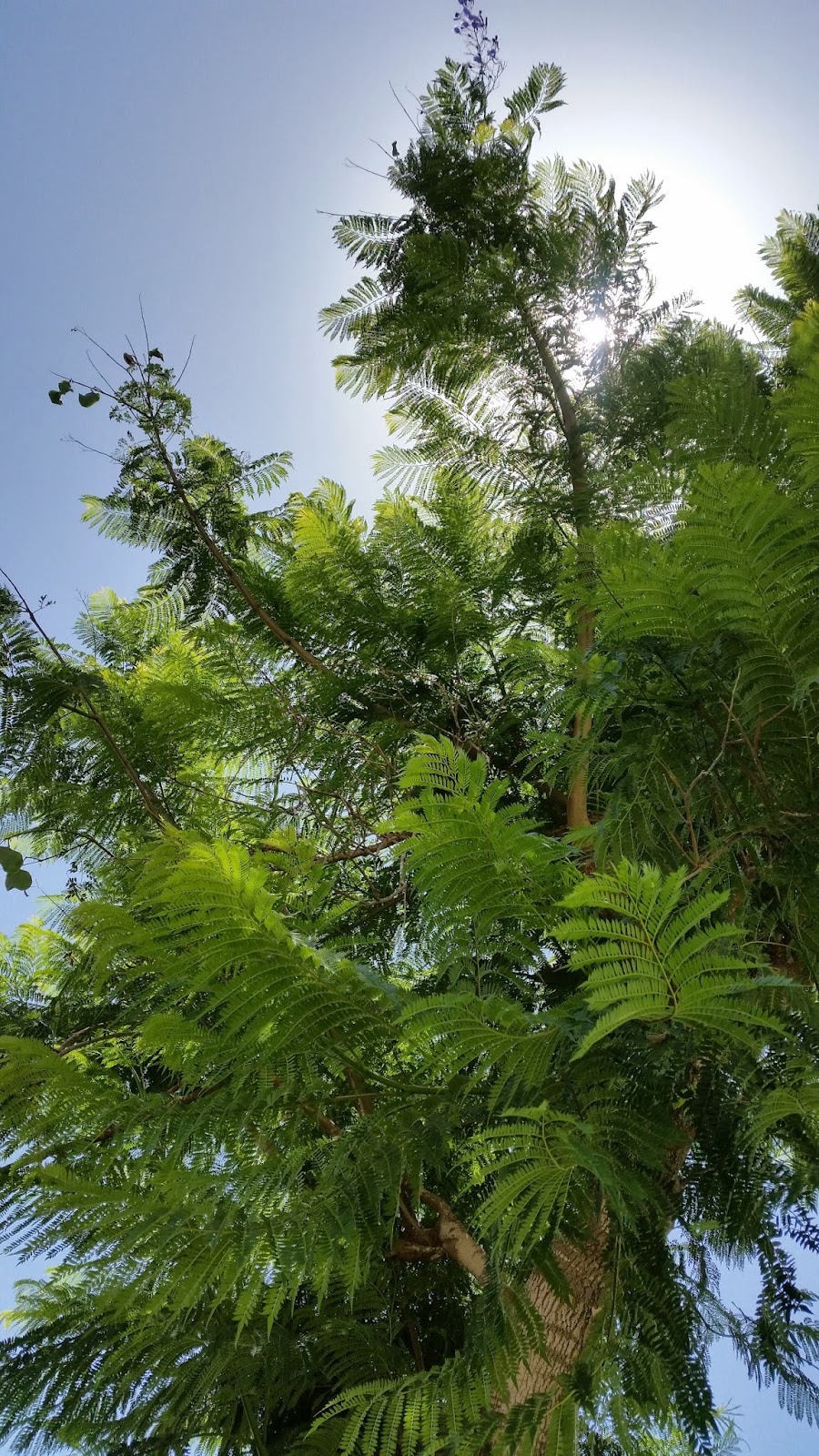 In waves the rolling clouds fly past,
As meadow larks sing their last
In gentle twilight glow.

With my staff to share my load
My quest, is my constant goad

And joy my Pilgrims' Path.

Though sometimes I feel faint,
I look forward with all joy to rest.

A higher calling than my flesh
That earthly ear can hear,
Is ever calling to me with love
To draw closer, draws me near.

Closer still by this path, pilgrim weary worn
A path my flesh would have chosen last,

Nor turning back if eye can only see
The next step ahead with certain clarity.

I have learned to trust the loving whisper.
Courage friend, for I am near
Even down life's troubled path
Even through your troubled years.

Right dowh to the trails end
And even beyond your earthly cares,
Still, I am with you friend. 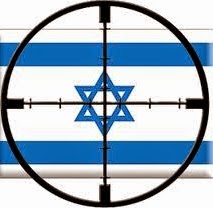 Once again the world press, and many leaders from the UN to the EU and the USA are condemning Israel for defending her citizens from terror attacks. The media has been in a frenzy. The claims that too few Israelis were killed must surely mean Israel is a murderous entity!

The fact that Israel has very few casualties is due to the precautions and mode of operations taken by our leaders to ensure the safety of all citizens. Almost every house has a safe room/bomb shelter. For those that do not, there are "safe places" to go. The homefront command hands out gas masks and trains us what to do in case of an attack~of any kind. When terrorists entered the country, warnings were given for citizens to stay locked in their homes the IDF was sure it was safe. We have Sever Adom (Colour Red) alerts every time a rocket is fired~and we know what to do.

While Israel does have a huge weapons arsenal, she has concentrated on "prevention". The "wall" that everyone screams about has almost completely stopped suicide and terror attacks. Iron Dome, shoots rockets out of the sky before they reach the civilian populations.

Even when attacking our enemies, Israel strives to be humane. Phone calls and text messages are sent to the people in the areas where a terrorist enclave is due to be bombed. Thousands of leaflets in Arabic are dropped warning the citizens to leave the danger area. In most cases they first drop a "dud" that gives a loud knock but creates no damage~only then is a real bomb released, usually around least ten minutes later. This system of "warning the enemy" has cost Israeli lives. They know when and where our boys will enter which makes snipers, land mines and booby traps easy to place. 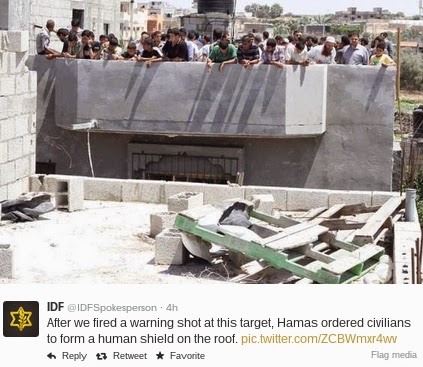 When Israel sends out warnings, Hamas orders women and children to gather at the site in the hopes Israel will drop a bomb and provide more Hamas propoganda in the form of bodies. Many times attacks were called off by Israel when they saw civilians in the area.


Throughout the fighting, Israel continued to send truckloads of goods across the border into Gaza~Every Day! Israel suppied food, water, electricity, and even set up an emergency hospital on the border, True to form, Hamas forbade their citizens to use it! Even so, many Gazans did make their way to Israeli hospitals for vital treatment. They were treated side by side with Israeli wounded by the best our medical system has to offer. The truth is there, if one wants to hear for it.

So why such a high loss of life in Gaza? To begin with, there are no bomb shelters or safe places in Gaza, except for a few of its fat-cat leaders. In fact, the cement that should have been used for infrastructure and homes for the citizens has been used to build a labrynth of terror tunnels leading to Israel. Even when the citizens asked to take shelter in those very tunnels, they were forbidden~by Hamas. What government treats their citizens in this manner?

How many Gazans were actually killed by Hamas? Numerous rockets misfired and landed inside Gaza and explosives stored in or next to schools, mosques and hospitals detonated causing catastrophic results. Don't forget the poor souls who were coerced into digging the terror tunnels, then, as a reward were murdered for their efforts. Hamas would have no qualms about laying those bodies in a bombed area and blaming Israel.

Hamas is known to lie and UNRWA is their partner in crime. Remember, almost all of UNRWA staff are Gazan Arabs~and all are followers or in fear of Hamas. Recall the three UNRWA schools that had Hamas bombs hidden inside. Guess who ended up getting the bombs? What about the billions in aid money given to UNRWA? NO "palestinians" have ever been resettled~they remain perpetual refugees, living in shoddy camps controlled UNRWA (under the scrutiny of Hamas). The UNRWA staff live well and have great pensions~the people of Gaza not so much! Why is there no accountabilty??

Then there is the lie of the numbers of "civilians and children" killed. Almost all youth over sixteen years are members of Hamas. Those under sixteen are indoctrinated from birth to be followers and generally used shamelessly. Hamas also considers everyone under thirty-five to be a "civilian youth"~even though pictures of them in their Hamas uniform with weapons are readily available online. Hamas instructs their people to "lie" about terrorists and present them as innocent civilians. Remember, Hamas Controls Gaza.

Then we come to the online videos and pictures of the "dead". Watch this video showing the "corpses" wriggle around to get more comfortable when they think nobody is looking. How many "whole families murdered" were later seen walking around and collecting their freebies from UNRWA. Never mind the "dead posing" for press photos then "rising" to attend another photo-shoot. As for the pictures of childrens' toys in bombed buildings...did anyone ever think that these are brand new (some still had tags) and not a splotch of dirt or blood on them? How can that be? Hamas and the PA have become masters of fakery and the west has bought it. How is it possible for a child to be murdered in Syria, then months later the exact same child is said to be murdered (again) by Israel?

Hamas, and Muslim groups have in their charters that their goal is to destroy all the Jews and wipe Israel off the map. The Charters are available for anyone interested in reading them. The second largest inter-governmental organization after the United Nations, and the largest voting block in the UN, the OIC was established with the goal of  eliminating Israel! Islamists declare their goals to all~if you want to hear. You can see them cheer when their children die. You can hear the mothers say they pray their sons will grow up to be jihadists. This is their culture~a culture of death above life.

Israel is a tiny strip of land in a large, ugly neighbourhood. Take a look at the map below. Can you even find Israel?? HINT:  It's the little blue strip. All of our neighbours are Muslim and they want us dead~end of story.

They also state loud and clear that Israel is just the first step. The west and Christians are next on the list as demonstrated by the genocide being perpetrated across the middle east right now. Christians are systematically being eliminated in the middle east, but the world remains silent!

Think about it~do you support boycotts of Israel? Do you support Hamas and the PA? If you do, you should realize that you are supporting your own demise. Wake up World~Before It Is Too Late!!

For the past weeks we have been inundated with an array of emotions. People have felt sorrow, anger, hate, fear, hopelessness, mistrust, and on and on.

War~and we are in a war~is an ugly thing. It robs us of our loved ones, our lives, our humanity. In reality there can be no true winners because everyone suffers, everyone loses someone or something dear to them, things that will never be replaced.

What can be done?

What can be said?


Trust in the Lord with all thine heart; and lean not unto thine own understanding.
In all thy ways acknowledge him, and he shall direct thy paths...Proverbs 3:5-6 (KJV)


For the Lord shall comfort Zion: He will comfort all her waste places;
and He will make her wilderness like Eden, and her desert like the garden of the Lord;
joy and gladness shall be found therein, thanksgiving, and the voice of melody....Isaiah 51:3 (KJV)

No matter where in the world you are, and especially here in Israel, these words ring true and those with faith (and even those who claim to have none) can hold on to them, because God knows what the outcome will be, and for those who trust and believe in Him~well, we also know how it ends...

My Heart
My heart does ache,
Please Dear Lord do not forsake.
Lest my should perish because of pride,
Oh dear Lord in me abide.

Search me Lord I cannot hide.
You know my ways and my thoughts,
In the end when day is done.
Forgive me Lord what I've left undone.

Ayaan Hirsi Ali Explains Why She Prefers Israel Over Hamas

Hamas Launches Rockets Next to UN Building in Gaza