Nigel Farage: Some Truths About the Corrupt European Union

On 05 November 2009, a Palestinian American, Major Nidal Malik Hasan walked onto the military base at Fort Hood, shouted Allahu Akbar, and proceeded to kill thirteen soldiers plus an unborn child.

The Obama Administration, with their penchant for political correctness have refused to lbel this murderous act for what it is~A Muslim Terror Attack.

This desecrates the memory of those who lost their lives and adds trauma to those who were wounded. Obama and his minions have removed all reference to Muslim, Islam and Terror in their security and training documents and they will literally choke if asked to accurately describe "Terror Attacks by Islamists" because in their politically correct fantasy land, no such thing exists.

At the end of the clip you will see the following suggestions~Do Take the Time to Make Your Voice Heard...


Contact the President, your Senator and Congressman...
The Fort Hood Victims and Their Families Deserve an Apology;
Purple Hearts for the Soldiers and Fair Compensation for All of Their Injuries.

Call It What It Is~An Islamic Terror Attack!

Death & Deceit in Benghazi~Who Will Be Held Responsible?

Who Will Be America's Next President?? 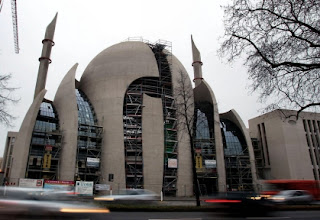 If we can find another copy available we will post it.

The movie is based on a book called Obama's America. The man behind both book and move is Dinesh D'Souza, a Christian who has done his research~which is more than the mainstream media has done.

Do visit his website to learn more. Mr. D'Souza has written many other books of interest as well. This movie is worth purchasing and sharing with everyone you know. What happens in America will affect all of the free world! This Film Should be Seen By Everyone...

Meanwhile, Here is an Interview with Dinesh D'Souza About His Film...
Posted by Jerusalem Vistas~Israel Vision at 10/21/2012 04:02:00 PM No comments: Links to this post

This is Obama's "Intelligence"~And People Died! 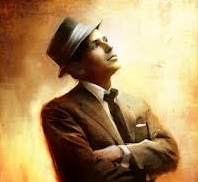 As the weekend approaches we leave you with a brief flash from the past, with all its memories, grainy though they may be.

While most people know Frank Sinatra~even in these days~I wonder...How many of you can identify the faces of the "clowns" that cross the screen (starting at 0:27)? If you don't know of them, do take some time to search online and enjoy their antics~relax and laugh!

Bask in a time when people did not have to use "four-letter words",  to be entertaining, women did not "bare all" and intimate relations were "implied". Families consisted of a mother, a father and children. The Lord's Prayer was said in schools and the Flag was saluted and respected. Yes, they did smoke on screen (horrors), but is that so much worse than the foul, immoral conduct of our current day, so-called stars? Are there any comedians or actors who can do a performance without swearing, posing nude, or having illicit relationships in front of the cameras or on stage?

Belgistan? A Muslim Majority in Belgium...

We are at the time of year in Israel when a series of major holidays are celebrated~Rosh Hoshana, Yom Kippur, Sukkot and Simchat Torah.

This means that many days during September and October are designated holidays. It is a time when families travel the country, visit museums and the Old City of Jerusalem. It is a joyous and festive period.

It is also a time when many businesses work partial days or close entirely and all work is back logged. For this reason, our posting has been slow. We hope to pick up again after the 10th of October with new content and information. Meanwhile, do scroll through this site and review our Blog posts from the past.

We also invite you to visit our video website at this link:

...where you can watch many of the documentaries and interviews we have produced over the years~All at no charge. Until then, our Jerusalem Vistas Family wishes you all Chag Someyach!
Posted by Jerusalem Vistas~Israel Vision at 10/02/2012 01:20:00 PM No comments: Links to this post