Christian Asylum Seekers to be Deported to Iran~Unbelievable! 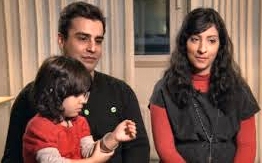 In an astounding report, CBN tells the story of Iranian Christian asylum seekers who left Islam, but are now to be deported back to Iran, where they will face torture and even death. Who would condemn them to this fate? Sweden~Yes, Sweden.

Swedish immigration lawyer Gabriel Donner, said Sweden has a badly run asylum process and, in some cases, an anti-Christian bias...There's a lot of bias regarding Christian converts because the standard argument is, "Well, nobody converts to Christianity out of true belief. Why would anyone do anything of the sort?"

It is inconceivable that Sweden would take such an irresponsible approach to the lives of these people, while at the same time the PM stated that "Sweden is in need of more immigration to sustain its future welfare"...

You can read the complete story HERE. At the end of the article there are seven questions that CBN asked the Swedish Migration board~along with their callous response.

One has to ask why Sweden welcomes tens of thousands of Muslims who are destroying the country, yet Christians are turned away! Truly, our world is descending into madness...Pray for these poor people to be protected!


Christian Asylum Seekers to be Deported

Syria the Muslim Bortherhood and Israel 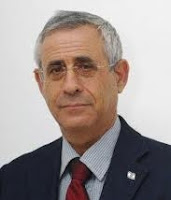 Lieutenant Colonel Dr. Mordechai Kedar  has twenty-five years of experience in the IDF Military Intelligence and is a world expert on understanding the geo-political and military situation in the Middle East. He is one of the leading international authorities on the political discourse of Arab countries, terrorism, the Arab Spring and Palestinian statehood, and has published many works. Currently he is a lecturer at  Bar-Ilan University.

Dr. Kedar analyses and explains the dynamics facing Israel: Syria, Iran, war and politics. Fluent in Arabic and able to debate Muslims in their own language, Dr. Kedar has made several appearances on Al jazeera. Most famously, perhaps, is when he spells out the truth about Islam and Israel, much to the dismay of the interviewer! You can watch the clip at 28:28~Dr. Kedar also explains how he came to be interviewed.

In this video he speaks at the Sinai Indaba (South Africa) conference, and addresses the very real problems that are stirring up the Middle-East. Do Listen to what he has to say~He predicts exactly what has happened to date and identifies mistakes the west has made~and continues to make. Unless we learn to understand the mind-set of the people in this region, it will only get worse!
Dr. Mordechai Kedar at Sinai Indaba 2012