Unfortunately Illegal Immigrants Are Still Allowed in Unchecked!! Who Voted for This Guy?!?
Posted by Jerusalem Vistas~Israel Vision at 3/19/2020 12:50:00 PM No comments: 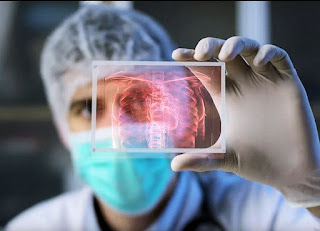 Over the years Israel has been under constant attack from her neighbours. In the beginning there was little or no international assistance as they struggled to establish their country.

Agriculture was the first and foremost industry~to feed the people. Of equal importance was the need for defense.

In the short video below we take a look at some of the amazing inventions to come out of this small country.

Their successes range from Blind Empowerment for the vision impaired to Exo-Skeleton for those unable to walk, to allowing doctors to "see" inside the human body for diagnosis, and a "3D printed heart". Israel has truly excelled in the medical fields.

Out of necessity came a Defense Force with state of the art equipment. To defend her citizens Israel created Iron Dome to thwart rocket attacks and Drone Dome to protect airports against drone attacks. Most recently Israel launched a small craft named Beresheet  into space with the goals of promoting careers in science, technology, engineering, and mathematics, as well as landing its magnetometer, digital time capsule, and laser retroreflector on the Moon.

This tiny country, constantly under attack from Day One has forged ahead with innovations to help and protect the citizens of the world!

Israel has risen from her beginnings as a struggling farming nation to be one of the top entrepreneurial  nations in the world~and shall continue to do so!


There is No Limit to the Inventive and Entrepreneurial Spirit of the Israeli People!
Posted by Jerusalem Vistas~Israel Vision at 3/14/2020 02:03:00 PM No comments:

Mounties Are Still Allowing Illegal Migrants Into the Country!!

Why Is Canada Allowing Illegal Entry to Foreigners Without Health Checks??

Who Knew It Would Be So Easy To Stop Rapists?

Do the People Spending Millions on Such Bunk Really Believe This is a Deterrent??
Posted by Jerusalem Vistas~Israel Vision at 3/03/2020 01:04:00 PM No comments: