Can Ancient Prophecies About Israel Be True? 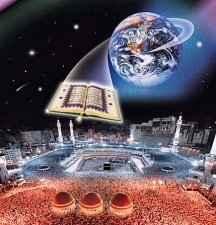 The Gates of Vienna~An Important Piece of History...

Unless the Lord Guards the City~The Watchman Stays Awake in Vain...

When watching the news it appears that the only problem in the world is Israel and the Jews~This is Wrong!

Time and again the Islamists declare "first the Saturday people, then the Sunday people"...this is an age old chant clearly stating that once the Jews are eliminated~the Christians will be next!

Jews have been almost totally cleansed from all Muslim countries and Christians are now the next in line. Communities that thrived for two thousand years, such as the Christian Copts of Egypt, are vanishing as people are faced with the choice to flee or die. In the west there are now Sharia courts, Islamic schools, No-Go Zones for Non-Muslims and an growing suppression of all things Christian (from a tiny gold cross to "Christmas"), because it offends Muslims~Why is there no outcry?

What will our part be in this coming battle? What Can We Do? Dr. Rawlings explains in detail, these six ways that everyone can help:
1] Pray and Be Informed
2] Pray in Unity
3] Pray Without Ceasing
4] Pray for the Iranian People
5] Pray for Your Nation


Part 7~For Such A Time As This
Israel, Iran and The Bible~God's Prophetic Time Clock 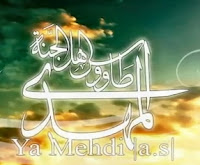 In Part 6, Dr. Rawlings examines the "false prophets", and the Islamic belief in a "false" messiah.

Much of what drives the Iranian quest for power is their belief system. At the core of this system is of course what they consider their holy book and the prophet Mohammed.

Much of what drives the Iranian quest for nuclear power and war is what Dr. Rawlings terms the "Spirit of Persia" or the Mahdi.

You will see how scripture has foretold of these things and how the world will react and in fact we are seeing this now, in our times! More disturbing, is how the Islamic world is now claiming that when Islam becomes the "only" world faith, and Jesus (of the Bible) will embrace Islam, and turn against Christianity to "Break the Cross"!!