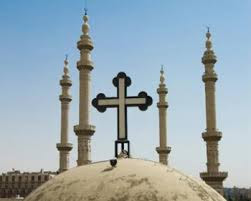 A French priest, Father Patrick Desbois  has been crisscrossing the countryside of Eastern Europe to locate the hidden mass graves of Jews killed during the Holocaust. To date, he and his team have identified 800 of an estimated 2,000 unidentified sites.

Holocaust Remembrance Day usually calls attention to the infamous death camps~Auschwitz, Treblinka, Dachau~the main centers of killing. What is often forgotten is that approximately 1.5 million Jews in the Soviet Union were slaughtered by Nazi mobile killing units, or Einsatzgruppen. Almost all those killed were civilians and in fact included people from all walks of life ranging from the intelligentsia to political commissars to gypsies. Shot to death (and sometimes buried alive), their bodies were unceremoniously piled in mass graves that have remained unmentioned and untouched for decades.

These "unknown dead" would have remained so, if not for the efforts of Father Desbois and his organization Yahad-In Unum (YIU) (founded in Paris in 2004 by leaders in the French Catholic and Jewish communities). He says, that as a clergyman, his role is not to judge...

Do watch the two clips below. The first is a report on Father Desbois, and in the second Father Debois gives a tour of his amazing exhibition "Shoah by Bullets: Mass shootings of Jews in Ukraine 1941--1944". Words cannot describe what has been uncovered...


Report on Father Desbois...May He Be Blessed

These are the Rebels that the US and Co. Are Funding, Arming and Training...

The Last Days (of The Shoah) by Steven Speilberg