1st Witness on Persecution of Christian Copts in Egypt

For anyone who believes the "Arab Spring" will bring democracy, please watch this testimony.

When a shooting as horrible as the one in Norway happens the first thing people do is ask Why? If the shooter is Muslim, everything possible is done to separate him from the religion of Islam. Nobody is ever willing to call it as it is.
In the Norway tragedy, why is the media immediately screaming "Right-Wing Christian Fundamentalist"? Where is the separation here?
What has happened in Norway is an unbelievable horror. What the media is doing with it will only complicate the issues. Please listen to this report, and consider how the news is being presented in your area. We must hold our news outlets responsible for biased reporting~especially in cases such as this where there is clear bias against the white, Christian population.
Posted by Jerusalem Vistas~Israel Vision at 7/24/2011 01:41:00 PM No comments:

Newborn Girls Killed~Women Have No Value in Pakistan

Most sane people would agree that anyone who could slaughter a newborn and toss it in the garbage is sick--yet in Pakistan, over 1,200 newborns were killed and dumped last year.  Why? The full story is on Bare Naked Islam blog. From 2002 to 2011 the USA alone has given 11.740 billion dollars in Military aid to Pakistan and a further 6.08 billion dollars in Economic aid. Maybe they should start channeling some of that Military money to education~such as killing newborn babies just because they happen to be female is wrong...
Posted by Jerusalem Vistas~Israel Vision at 7/21/2011 06:51:00 PM No comments:

On 24 May 2011, Israel's Prime Minister, Benjamin Netanyahu spoke to the Joint Session of Congress. At the 6:27 mark he is heckled~his response drew a standing ovation~one of many  to follow during his speech...
Posted by Jerusalem Vistas~Israel Vision at 7/20/2011 11:17:00 PM No comments:

The UN is not a credible body. It has been hi-jacked by those who do not share the same values as the majority of the western world. Leading the way in the attempt to implement an "Anti-Defamation Law" is The Organization of Islamic Conference~a group of 57 Islamic states that describes itself as the second largest international organization after the United Nations. No surprise their goal is to promote Islam...
This report outlines some of the dangerous aspects of the law, which is a bid to stifle free speech for all non-muslims. Aired in April 2011, this remains a vital issue! If the "law" is allowed to be implemented we will all be in danger...
Posted by Jerusalem Vistas~Israel Vision at 7/20/2011 06:12:00 PM No comments:

Canadian PM: I Will Defend Israel "Whatever the Cost" 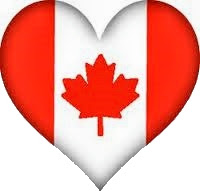 Although Israel is just a tiny strip of land (only 65% of the size of Vancouver Island!) it seems that the world is constantly  pre-occupied with everything that happens here!

Indeed, there are days when Israelis feel they are "under the microscope of criticism". The feeling that the entire world is against us, no matter what we do--or don't do--weighs heavily on us all.

There are many in the public eye who make a "trip to Israel" (whether it's for a "personal cause" or a campaign for office), in a bid for publicity and air time. Good or bad, Israel always manages to make the headlines.

In a society where elections can be won or lost on a single statement, it is not easy to be a politician who (openly) stands with Israel. It is not easy to swim against the current.

In November 2010 the Prime Minister of Canada did just that when he made this speech.  He spoke simply, honestly and with integrity. It  never hurts to hear it again...Thanks Canada!
Posted by Jerusalem Vistas~Israel Vision at 7/20/2011 03:14:00 PM 2 comments:

Women in the Middle East have less value than sheep or cattle. They are sold into brutal marriages while still children. This is their "culture" we are told~it is not easy to change centuries of inbred behavior.
The danger lies in the fact that mass immigration is now bringing this primitive mindset to our doorsteps. Immigrants have multiple wives, marriages are arranged, women are oppressed, and sharia courts operate unchecked!
We must stay vigilant, and hold on to the values that protect women and children from this vile abuse. We must not allow political correctness to send us back to the dark ages.
* Voiced over in German with English Sub-Titles
Posted by Jerusalem Vistas~Israel Vision at 7/20/2011 12:49:00 PM No comments:

I found this video about a Middle East "biblical revolution" on  Tundra Tabloids site. This group of "new believers" lives in the predominately Kurdish area of Iraq~Iraqi Kurdistan.
In the late 1970s, the army of Saddam Hussein carried out a genocidal campaign against Iraq's Kurds, killing hundreds of thousands and displacing millions. Iraqi forces finally left Kurdistan in October 1991, leaving the region somewhat independent, however,  Iraqi Kurdistan continues to view itself as an integral part of a united Iraq but one in which it administers its own affairs.
In an area where Islam is the dominant religion, these people may face further persecution in the future for their new found faith. Please! Keep them in your prayers!
Posted by Jerusalem Vistas~Israel Vision at 7/20/2011 12:15:00 PM No comments: 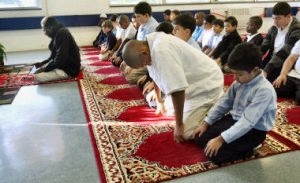 This is happening in Canada! The Lord's Prayer is banned, all other forms of religion is banned, but Muslims have prayers on Friday afternoon in a Toronto School? The story below is  taken directly from the blog Blazing Cat Fur:..
Every Friday my daughter's school cafeteria changes into a mosque as dozens of Muslim boys and their imams (Islamic preachers) lead Islamic ritual prayers and no one else can even walk through the cafeteria.

Some imams (Islamic preachers) come from the outside of the school and lead Muslim students in the Islamic prayer and this happens at the school Cafeteria after the lunch on Fridays. All other non-Muslims are in classes in the afternoon when they are using the cafeteria as mosque. There is a mosque nearby but the Muslim kids pray in the school

School administration take part preparing the Cafeteria and making it into mosque every Friday and no one but Muslims can use the Cafeteria during the Islamic prayers on Friday.
Mark, my other two kids also go to a different public primary school and the snack for all the kids in this primary school is all "Halal". My wife complained about it and she was told she can prepare her own snack for our kids but the school would not drop the Halal menu for all the students. All the school kids in this primary school have to eat halal snacks whether they are Muslim or not.
The school's name is and details are:
Valley Park Middle School
130 Overlea Boulevard
Don Mills Ontario, M3C 1B2
Phone: 416 396 2465
Email: ValleyPark@tdsb.on.ca
You must listen to this entire report. As if it is not vile enough, teen girls who are menstruating are forced to sit at the back of the "mosqueteria" announcing to all and sundry they are "impure". If you are not outraged you should be. What is next? Sharia Law in the schools?
Posted by Jerusalem Vistas~Israel Vision at 7/19/2011 10:22:00 AM No comments:

The Truth: Israel~Palestinian & the West Bank

Israel's Deputy Minister of Foreign Affairs, Danny Ayalon explains the historical facts relating to the Israeli Palestinian conflict. Please share this with all of your friends !

Glenn Beck has arrived in Israel in preparation for his Restoring the Courage 2011 Rally, that will take place outside the walls of the Old City of Jerusalem. August should prove to be an interesting month !
Posted by Jerusalem Vistas~Israel Vision at 7/12/2011 03:51:00 PM No comments:

Made in Israel: A Diamond's Natural Colors Exposed

Once again Israel has come up with something new for the world to enjoy. According to the post in Arutz 7 a company named BRIZA has discovered a way to enhance and bring out the "natural colour" that each diamond possesses. Briza’s technology uses an electronic accelerator to simulate the conditions nature uses to color diamonds. The company has perfected the process to a degree that enables it to offer consistent results in 14 different colors.
On their website, Briza owner Amnon Barak says that "The diamond is comprised of carbon and other elements as well. Under the proper conditions, the carbon, plus these secondary components, combine to create color centers in the stone"  Now Briza has found a way to bring out this natural beauty. Now that is amazing!
Posted by Jerusalem Vistas~Israel Vision at 7/11/2011 05:19:00 PM No comments:

A Rainbow of Light for the Jerusalem Light Festival 2011

One of the summer highlights in Israel is the Jerusalem Light Festival. This year the Old City of Jerusalem was lit up with a variety of displays from the 15th to 22nd of June.

To direct the flow of visitors there were "light routes"--each one marked by a different colour. Inside and out, the old city was transformed into a fantasy of delight.
David went to the old city to meet Zohar Gev, an internationally known artist who now resides in Denmark. He applied and won the bid to put his Rainbow of Lights display on the outer wall of the Old City.
Posted by Jerusalem Vistas~Israel Vision at 7/07/2011 05:04:00 PM No comments:

A Word About the "Human Rights" Flotilla

Mark Regev is the spokesman for the Prime Minister of Israel. I have criticized him in the past for his dry mannerism, however, in this clip he is at his best...
Posted by Jerusalem Vistas~Israel Vision at 7/04/2011 03:31:00 PM No comments:

Just could not resist posting this. The hypocrites that are trying to push the latest flotilla to break international law (because they hate Israel so much) have reached a point beyond stupid.
The clip below demonstrates this quite nicely...* Hat Tip to Daphne Anson.
Posted by Jerusalem Vistas~Israel Vision at 7/04/2011 02:17:00 PM No comments: