A Description of "Real" Apartheid From a Man Who Lived It!

Regardless of What They Suffered~Jews Have Alaways Longed for Israel!

The Middle East Problem is Actually Easy to Explain

Dennis Prager Presents the Facts~If Only People Would Listen!
Posted by Jerusalem Vistas~Israel Vision at 4/29/2014 10:00:00 PM No comments:

Emor~The Holiday of Passover and the Counting of the Omer by Rabbi Hanan Schlesinger
Posted by Jerusalem Vistas~Israel Vision at 4/28/2014 06:01:00 PM No comments:

Michael Greilsammer's Version of Hatikva with Uriel Sverdin and Shimrit Greilsammer
Posted by Jerusalem Vistas~Israel Vision at 4/28/2014 05:53:00 PM No comments:

Do Yourself A Favor~Judge Others Favorably by Rabbi Hanan Schlesinger

In Israel, religious Jews are now in a period known as "Counting the Omer". During this time there are various observances, including visiting the Kotel (Wailing Wall) each day, while some like to view Judaism's Holiest site, the Temple Mount.

Yesterday, a small group of Haredi fathers and children went up to the Temple Mount to see Judaism's holiest site. What happened next was frightening.

A baying mob of muslims began spitting, screaming alla-hu-akbar, and throwing obstacles at the children. You can see the terror and confusion of these young ones. Yes, the police came to escort them to safety and hold back the mob, but these children will be forever traumatized.

Did you hear of this on the news? Have any politicians (Israel or anywhere else) spoken against this? The silence is deafening. Even sadder is the fact that this happens again and again as a show of power and an attempt to remove Jews from the Land of Israel.

When Muslims pray daily on the mount, they pray to their holiest site, Mecca. That means that their backsides face their "al aqsa" mosque. It is used as a playground for picnics and soccer. It is used as a rallying point for riots, but nobody is banning them for showing disrespect.

Lately the riots have increased in their manic ferocity. Unless something is done, it will not be long before a real disaster takes place. There is no respect for life in the minds of these people~hatred over rides all!

The world is changing and it is not towards good. Right is wrong and bad is good, morals don't exist
. 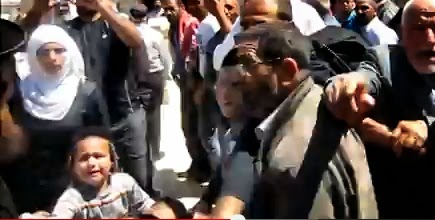 Take time to read history (preferably from a book), and you will see the startling similarities as people turn against Israel.

The hatred that is now being spewed has become dangerous and frightening. When people see nothing wrong with children being attacked we must examine our moral compass.

The trend towards "political correctness" and turning a blind eye to evil for the sake of "multiculturalism" is destroying freedom world wide. Once again, the majority, the decent people, either "join in" or convince themselves that "nothing is happening here~move along". Dear friends, something "is" happening and Good People must not stand by again while evil is allowed to prosper.

As we enter into another Sabbath weekend, Please keep Israel in your prayers...


Pray for the Peace of Jerusalem: they shall prosper that love thee...Psalm 122:6 (KJV)

Muslim Immigrants Are Attacking All "Non" Muslims~They Will Not Live Peacefully!
Posted by Jerusalem Vistas~Israel Vision at 4/17/2014 03:23:00 PM No comments:

A Word From the Rabbi for Passover

Here is a Bit of Sweetness For All!

One Little Verse Makes All the Difference~Rabbi Hanan Schlesinger
Posted by Jerusalem Vistas~Israel Vision at 4/13/2014 11:46:00 AM No comments:

God vs. Atheism~Which is More Rational? 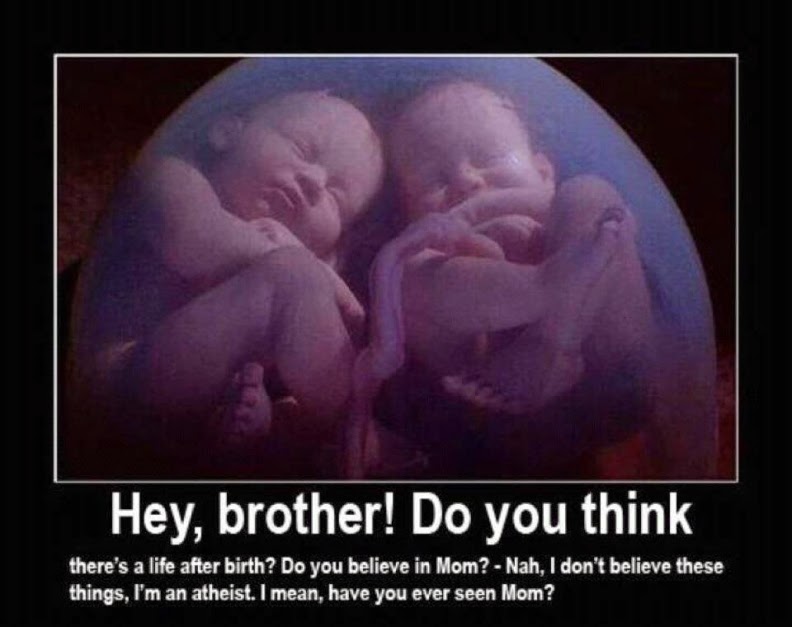 The argument for or against faith seems to be heating up on a daily basis. Those who claim "atheism" usually have very loud voices, but are they the majority? People of faith, most of the time, are comfortable in their belief and while they stand strong, they are much calmer and quieter. I remember a simpler time when people just believed...

Many years ago, we attended the Christening of a beautiful baby girl. Some of the guests only attended out of friendship, having already "lost faith". The younger brother (about five years old) was confused and decided to leave before we even started. The minister went to him, asked his name, and if his dad had a car. He asked what the name of the car was. When the child could not answer he told the boy to ask his dad. *Note, this was all done in a very quiet, personal way, with the minister kneeling in front of the child to be on "eye-level".  The boy returned with the name and the minister asked if he had noticed the letters on the back of the car. The boy nodded in the affirmative. The minister took his hand and led him to where the family were waiting. He explained to the child: The letters on the back of your dad's car spell the name of the car-maker. They put their name on it so everyone will know who the maker was. This is what we are going to do today. With the words we pray, we are going to put the name of the Maker, God, the Creator of all, on your sister. Just like you, and all of us, she will belong to Him forever.

We were all very moved. The "just friends" in attendance claimed they had never thought of things in just that way, and after the short service said they had a new respect for "their Creator". More important, was the fact that all of us, including a young child, were able to grasp and retain the fact that God was the Creator of all, and that we all belonged to Him. Simple? Yes, but why should faith not be? Does everything have to be dissected, labeled and packaged in a tidy little box?
I call heaven and earth as witnesses today against you,
that I have set before you life and death, blessing and cursing;
therefore Choose Life, that both you and your descendants may live...Deuteronomy 30:19 (NKJV)

For those who insist on science and philosophical debate, here is something to think about from Prager University.


Each of Us Must Find Our Own Beliefs~Those Who Believe in God Have Chosen Life
Posted by Jerusalem Vistas~Israel Vision at 4/08/2014 10:30:00 AM No comments: