Islam & Leftists Disguise Hate for the Jews as "Anti-Zionism"

A History of Hatred Against Israel and The Jews

Once again Muslims are trying to organize millions of people to march on Israel's borders and over run the country. Last year, Glenn Beck produced this program. It bears watching again~and again~until the blinders are removed... 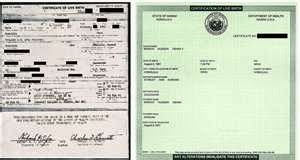 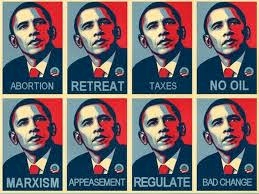 This documentary by Pierre Rehov investigates the plight of the Christians living in Bethlehem (now a majority Muslim city).

Sadly, since the making of this film, the Christians living in Bethlehem have been subjected to increased persecution.

The once vibrant Christian population living in the city where Jesus was born is rapidly disappearing. This is a phenomenon that takes place in every area where there is a majority Muslim population. Non-Muslims are marginalized and mistreated. Those who are able, flee. Those who remain suffer harsh treatment until they either convert to Islam or  are "removed".

In fact, the Palestine Authority has now made the declaration that the Baptist church in Bethlehem is unlawful, and will no longer receive rights as a religious institution. Where are the protests? Why is the UN silent? Why is the deliberate persecution of Christians in the Middle East being ignored? 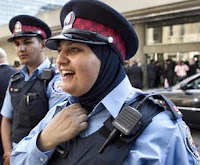 Toronto has been in the news a lot lately, but sadly it is not always good news. There is a trend that can be seen from this short list:
* A school turning the cafeteria into a prayer room;
* Rabid anti-Jew hate fests being allowed in Queens park;
* Canadians being trained for jihad;
* Tax dollars being paid to muslim hate preachers;
* Bloggers being threatened for reporting facts, and being told that this is Islamic Canada and the police will (apparently) enforce the will of the crooks in question (you really have to read this one to believe it)...

The list goes on~Now the police department is consulting fundamentalist muslims regarding policy, including hijabs for policewomen, and perhaps even the full niquab in the future.

Right after the byline is an interview on the topic with Tarek Fatah. It makes one wonder if Toronto will soon become a No-Go Zone for all non-muslims... 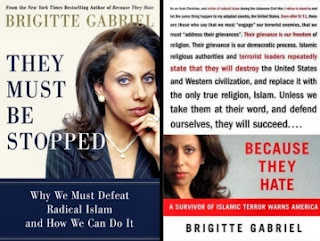 Brigitte Gabriel was born in Lebanon to a Maronite Christian family, and immigrated to America in 1989. She speaks Arabic, French, English and Hebrew.
She is a former news anchor for World News~the Arabic evening news broadcast for Middle East Television, seen throughout Israel, Egypt, Syria, Jordan and Lebanon. She covered the Israeli withdrawal from Central Lebanon, the Israeli Security Zone and the Palestinian uprising in the West Bank and Gaza.
A well known author, speaker and human rights activist, she is the founder of ACT! for America, the largest grassroots citizen action network dedicated to preserving national security and combating Islamic supremacy. ACT! for America has hundreds of chapters across America and members in twenty countries outside of America. Ms. Gabriel is also the founder of ACT! for America Education, formerly known as the American Congress for Truth.
Ms. Gabriel is the author of two New York Times Best Sellers, BECAUSE THEY HATE: A Survivor of Islamic Terror Warns America, and THEY MUST BE STOPPED: Why We Must Defeat Radical Islam and How We Can Do It. She was named one of the "top fifty" most prominent speakers in America.
In this clip, Ms. Gabriel speaks to an anti-Sharia conference in Nashville. She outlines how the education system in North America has been hi-jacked by Islam and the curriculum controlled and manipulated to "shape" the minds of our children, turning them against their own society. Her words are frightening. This speech is relevant for any free, democratic western country that uses fossil fuels for energy~meaning all of us!. Please, do listen carefully!
Posted by Jerusalem Vistas~Israel Vision at 3/07/2012 02:23:00 AM No comments:

The Last Day~Nuclear Attack on Israel

What would a nuclear attack on Israel be like? It is only a simulation, but I find this very difficult to watch... 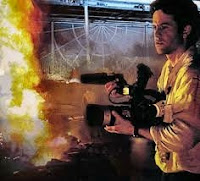 This is an interesting segment from an interview of a successful actor who also happens to be a believing Christian. More than that, he has never been afraid of speaking out about what he believes is the truth. Interviewer Piers Morgan asks him if  he thinks homosexuality is a sin and he answers very honestly~which of course has stirred up the wrath of GLAAD~The Gay & Lesbian Alliance Against Defamation. (You can google them if you want, as we will not post it here)

More and more it appears that the media, TV and movies have taken an anti-Bible attitude. Judeo-Christian beliefs, such as marriage being between a man and a woman are mocked, and anyone who dares to take a stand faces derision and black-listing among other things. When a personality dares to stand up, it does make the news, but, as in this case the reviews are less than positive. One should ask, Why?
Kirk Cameron was initially known for his role in the TV comedy Growing Pains. He married his co-star in 1991, and together they have six children. He has made several movies based on his strong belief in God and the Bible. The first were the three Left Behind movies, about the biblical end of days. Next came Fireproof a movie about a young firefighter on the verge of divorce, challenged by his father to try a forty day "Love Dare" to save his marriage.

His latest project is entitled Monumental, and follows Kirk on a journey across America to discover what it was that once made America great~and to find out if the American forefathers left any kind of instructions that would guide people back to the source of America’s success. You can check the link for more info~the movie will be shown in theaters on 27 March 2012.
Below the interview we have also posted the movies for anyone who has not seen them. (If they run slow just click the YouTube box in the bottom right and it will re-direct you to the film on a YouTube channel).

Given the world situation today, can movies of this genre "speak" to people? What do you think?

Watch Dear Friends~And Pray For the Peace of Israel!