The Black Flag of Jihad is All About War and Slaughter...

It Is The Backdrop for Beheadings~The Time to Pull Your Head Out of the Sand is Now!!

A South African MP Gives Us A Lesson On Apartheid 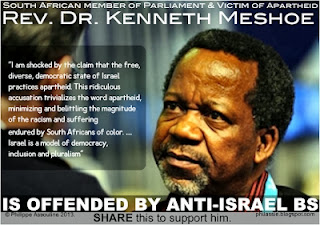 This is someone who actually suffered under Apartheid in South Africa.

This is a man who really knows what Apartheid is.

Reverend Kenneth Rasalabe Joseph Meshoe, a member of the Parliament of South Africa and founder of the African Christian Democratic Party (ACDP), is in Israel.

He is here as one of the chairmen of the Israel Allies Caucuses, which represent hundreds of members of Congress and Parliaments around the world. They were in Israel to discuss ways to strengthen Israel and to address the many attacks, which range from the European boycott of products from Judea and Samaria (which create jobs for the Arabs living in the area), barring academics, pressuring musicians to boycott Israel, to accusations of Apartheid.

Arutz 7 published the short interview (below). Some of the things Reverend Meshoe was quoted as saying are:

“I was born in South Africa fifty-nine years ago and I lived through Apartheid. I can assure you, Israel is no Apartheid state.”

"Anyone who knows what apartheid really is and still makes such a claim [about Israel] should be told to their faces that they are lying."

There are a growing number of haters around the world who spread lies to damage Israel~to what end? What will they gain if Israel is destroyed and Muslims take over? Do they truly believe that the Islamists will allow them to be as free as they are now? What part of Sharia law do people not understand?

Listen to the truth from one who lived it, and next time someone says that Israel is an Apartheid State~tell them to their face that they are a Liar!


Here is His Presentation from Prager University (Powerful!)

Join Jay and Meridel in Their Sukkah!

Welcome to the Rawlings Family Sukkah, Share A Blessing and Learn About the Joy of Sukkot

Syria and The Golan Heights 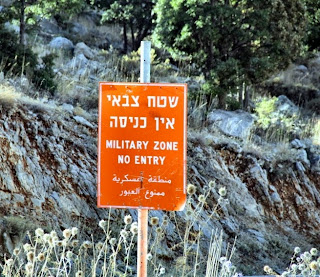 During the early part of September 2013, Meridel traveled to the Golan Heights, specifically to the Druze town of Majdal Shams, to investigate the effects the Syrian uprising is having on those living on the Israeli side of the border.

The town of Majdal Shams is primarily Syrian Druze, and many have immediate family members just a few kilometers away in Syria.

Located at the foot of Mount Hermon, it is the largest of the four Druze villages in the Golan with a population of about nine thousand.

The village has been under Israel's control since the Six Day War of June 1967.

Since 1981 they have been considered to be "permanent residents" of Israel. The status of "permanent resident" in Israel, means that the people are free to travel, live, work and study anywhere in the country, and they are also entitled to state services such Kupat Holim health insurance. 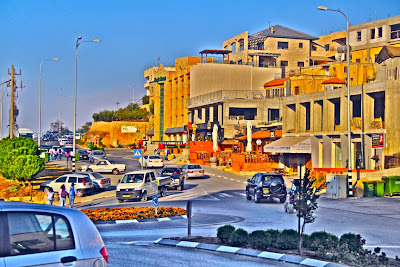 It is no surprise that to this day, the Syrian authorities consider all of the people of Majdal Shams to be Syrian citizens. Syria longs to have control of the area, which would give them a prime vantage point from which to attack Israel.

With such a history it is not surprising that the residents are reluctant to appear on film, or make their views known. At least fifty percent have at least one sibling, parent, or child in Syria. Their fear for the safety of their families on the Syrian side of the border is very real. They also fear for their own safety as the ceasefire line runs directly along the eastern edge of town, leaving them open to "revenge" attacks.

Listen as Meridel provides some history of the area, and the people. Amazingly, she is only sixty kilometers from Damascus, and you can actually hear explosions in the background.

After 9/11: Is the West Protecting Radical Islam?

This is a "Must See" for Every Non-Muslim Living in a Western Country!!

Israel Syria and The Bible~Part 6 of 12

Israel Syria and The Bible~Part 5 of 12

Israel Syria and The Bible~Part 4 of 12

Israel Syria and The Bible~Part 3 of 12

Israel, Syria and The Bible~Part 2 of 12

Christians Under Attack in Syrian Town of Maaloula...

A small village where Christians and Muslims have lived peacefully for hundreds of years has been attacked and taken over by Rebel Forces. Maaloula, a scenic mountain community located fifty-six kilometers north-east of Damascus, is on the UNESCO list of tentative world heritage sites.  It is also one of the few places in the world where residents still speak the ancient Middle Eastern language of Aramaic.

The rebel advance was spearheaded by Jabhat al-Nusra, or the Nusra Front. Reports claim that approximately 1,500 rebels entered the town shouting "Allahu Akbar", and began attacking Christian homes and churches. People have reported seeing dead bodies in the street.

A CNN report says:
Christians make up roughly 10% of the population. Syria is ruled by a government dominated by Alawites, whose faith is an offshoot of Shiism. The regime is opposed by an opposition with a large Sunni presence. Aid agencies say Syria's 2 million Christians are often targeted for suspected sympathies to President Bashar al-Assad's regime.

The USA is preparing to attack Syrian President Bashar al-Assad, in order to aid the Rebels~But~there is a real concern that the rebels have been infiltrated by Militant Islamists from Al Qaeda. They have sworn that if they take control they will wipe out all minorities~with Christians being the first to feel the blow.

Here is Maaloula Before Civil War Broke Out...

Israel Syria and the Bible~Introduction (Part 1 of 12)

The Farhud~The Forgotten Refugees of the Middle East