"In the birthplace of Christianity, we have seen over the years that the Christmas holiday has been reduced to snowmen and bells...The essential message of the holiday season has been taken away for fear of what the dominant religious factors in Bethlehem would say."

In answer to this conundrum, Pastor Khoury decided to take action and erected a large Christmas billboard at the main street entrance to Manger Square that declares in English and Arabic:


Jesus born to die and rose again. Invite him into your heart so you might live~Merry Christmas

By 20 December, the electric cable around the sign had been cut by vandals to ensure that it would not be lit up during the night. Nobody in the area of the billboard will sell access to electricity for fear of repercussions. The municipality has informed Pastor Khoury of the outcry and campaign by the (Majority Muslim) community to have the sign removed.
Jesus and his message have been lost
in the city that God chose for him to come into this world...Pastor Steven Khoury
Once a mainly Christian city, Bethlehem is now Muslim and the dwindling Christian community has been reduced to an estimated 3% of the total population. Tourists (and the money they bring) are welcome but Jesus is not.

Bethlehem is controlled by the Palestinian Authority. Israel does Not restrict tourists and in fact, this Christmas, the Jerusalem Municipality provided free transportation to tourists going to Bethlehem (Jews Not Allowed). In the Old City of Jerusalem, like in past years, free Christmas Trees were handed out.

Pastor Khoury has been going out with a portable generator and several high beam spotlights and lighting the sign up himself. Anticipating that the sign might be coming down any time, Khoury quickly put together this film next to the billboard sign. Have any major media outlets, anywhere in the world even mentioned this??
During this Holy season, please pray for Pastor Steven Khoury and the Christians of Bethlehem...

Tourists (and their Money) are Welcome~Jesus, Not so Much...

This is Pastor Khoury's Video from the Beginning of the Month

Christmas Greetings from the Prime Minister of Canada

Prime Minister Stephen Harper's Message~Short and to the Point
Posted by Jerusalem Vistas~Israel Vision at 12/26/2012 09:07:00 AM No comments:

Canadians Will Recognize This...

Original Material by Vlad Tepes~From the Ottawa Area...
Adjust the Little Gear to the Highest Resolution 720 HD to Get a Sense of the Photos 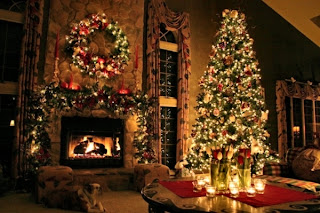 There was a story that began around 2009, that the White House had designated that Christmas Trees would be renamed as “Holiday Trees”~and~in response, Ben Stein, gave this talk on CBS Morning Commentary. Emails have abounded...

Some parts did originate from Ben Stein~beginning in 2005~but they were liberally added to in various emails over the years. Nevertheless, much of what is written below can be attributed to him (over a period of time).  I was only able to find one video of the Ben Stein commentary on Christmas Trees (see below). As it was from 2011, the "email commentary" is missing. Still and all, the "email" reprinted here is worth a read.  Do take a few minutes to reflect and consider what our world has become...

It doesn't bother me a bit when people say, “Merry Christmas” to me. I don't think they are slighting me or getting ready to put me in a ghetto. In fact, I like it. It shows that we are all brothers and sisters celebrting this happy time of year. 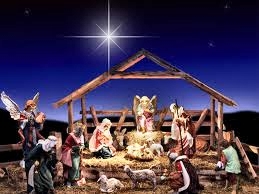 It doesn't bother me at all that there is a manger scene on display at a key intersection near my beach house in Malibu. If people want a creche, it's just as fine with me as is the Menorah a few hundred yards away.

I have no idea where the concept came from, that America is an explicitly atheist country.  I can't find it in the Constitution and I don't like it being shoved down my throat.

Or maybe I can put it another way: Where did the idea come from that we should worship celebrities and we aren't allowed to worship G-d?  I guess that's a sign that I'm getting old, too.  But there are a lot of us who are wondering where these celebrities came from and where the America we knew went to.

In light of the many jokes we send to one another for a laugh, this is a little different:  This is not intended to be a joke; it's not funny, it's intended to get you thinking. Billy Graham's daughter was interviewed on the Early Show and Jane Clayson asked her: “How could G-d let something like this happen?” (regarding Hurricane Katrina).  Anne Graham gave an extremely profound and insightful response.  She said: “I believe G-d is deeply saddened by this, just as we are, but for years we've been telling G-d to get out of our schools, to get out of our government and to get out of our lives. And being the gentleman He is, I believe He has calmly backed out.  How can we expect G-d to give us His blessing and His protection if we demand He leave us alone?”

In light of recent events...terrorists attacks, school shootings, etc. I think it started when atheist Madeleine Murray O'Hare (she was murdered~her body found in 2001) complained she didn't want prayer in our schools. And we said OK...Then someone said you better not read the Bible in school (The Bible says thou shalt not kill, thou shalt not steal, and love your neighbour as yourself)  And we said OK... 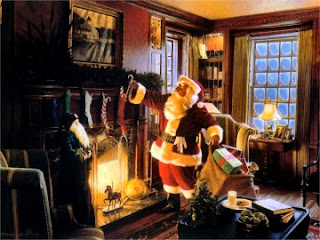 Then Dr. Benjamin Spock said we shouldn't spank our children when they misbehave, because their little personalities would be warped and we might damage their self-esteem. We said an expert should know what he's talking about. And we said OK...

Now we're asking ourselves why our children have no conscience, why they don't know right from wrong, and why it doesn't bother them to kill strangers, their classmates, and themselves.

Probably, if we think about it long and hard enough, we can figure it out. I think it has a great deal to do with "We Reap What We Sow."

Funny how simple it is for people to trash G-d and then wonder why the world's going to hell.

Funny how we believe what the newspapers say, but question what the Bible says.

Funny how you can send "jokes" through e-mail and they spread like wildfire, but when you start sending messages regarding the L-rd, people think twice about sharing.

Funny how lewd, crude, vulgar and obscene articles pass freely through cyberspace, but public discussion of G-d is suppressed in the school and workplace.

Funny how we can be more worried about what other people think of us than what G-d thinks of us...

Christmas Music from Abbottabad in Pakistan
Posted by Jerusalem Vistas~Israel Vision at 12/24/2012 03:00:00 AM No comments:

Ek Tara Chamka Hein (A Star Has Shone Out)

An Arabic Christmas Carol~Byzantine Hymn of the Nativity

From the Unheard Voices of Christians in the Middle East

Polish Christmas Carol by Mazowsze (Mazovia) in Traditional Costumes
from Kocierzew, near Łowicz in Mazovia Region
Posted by Jerusalem Vistas~Israel Vision at 12/23/2012 10:46:00 PM No comments:

Where the World is Matt?

Matt Dances Around the World...

O Holy Night~How Long Before This Too Will Be Banned??

Jesus Was the First Shahid~Who Knew??

Christmas day is approaching and the faithful are already flocking to Jerusalem and Bethlehem. For those who make the pilgrimage, beware of Taqqiyah (among other things)! It is not new, but the PA Media Spin has renewed energy and belief that the Christian world will lower their eyes and cover their ears to truth.

On 18 November 2005, Al-Hayat Al-Jadida declared:
“We must not forget that Messiah [Jesus] is a Palestinian, the son of Mary the Palestinian.” This is not only a distortion of Jesus’ personal history, but also an anachronism. The Romans changed the name of Judea / Israel to “Palestine” 136 years after the birth of Jesus~to punish the Jewish nation after their unsuccessful rebellion...(Source PMW)

Remember the Bible~and its true meaning. Remember that on that first Holy Day, Mohamed and Islam did not exist. Remember that Bethlehem was once a city with a Christian Majority! Since the PA has been given control, less than 15% of the population are Christians. The birth place of Jesus~Bethlehem~is now a Muslim Majority city.

Please watch the video below, then follow the link to PMW and read the history of "declaring Jesus as a Palestinian". Christians must not bow down and allow these these false claims to be made.


It Is Not Only Jewish History the PA is Trying to Change!

German TV Sees Muslim Brotherhood As They Really Are...

A Message to Christians~Convert to Islam or Die

Nothing is Better than Handel's Messiah to Start the Season!

Finally ! Somebody Recognizes What is Happening !

When Will Christians Say "Enough" to the Insanity of Political Correctness?