Has Madness Overtaken the World ?

Over the past months a family of five including a 3-month old baby were brutally slaughtered in their sleep on a Shabbat night; a bomb planted at a bus stop in Jerusalem (during the time children come home from school) killed an innocent tourist and injured about fifty others, a laser-guided anti-tank missile was deliberately fired at a school bus critically injuring a teen-age boy and, oh yes, hundreds of rockets have been fired into the south of Israel causing 750,000 citizens to spend this past Shabbat in bomb shelters.
Israel struck back by targeting known terror groups and weapons stores. 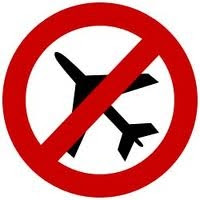 In the midst of all this our "peace partners" have approached the Arab League and the UN Security Counsel to take Immediate Action--Bravo!
But wait! They are asking for a No Fly Zone to be Imposed over Gaza..AGAINST ISRAEL! At the same time they are demanding that the borders of Gaza be opened completely, presumably because Hamas is running low on rockets and other weapons to kill Jewish children with. This is saying that Hamas should be allowed to re-arm and continue firing rockets into Israel each day and Israel will not be allowed to defend themselves! I'm gobsmacked!
Is it not time that the free world took a hard look at the millions of dollars being poured into the black hole of the "UN"--that is increasingly dominated by anti-democratic, pro-muslim countries?

Even if you hate Israel and the Jewish people and wish them eliminated, who do you think will be the next target? There is no such thing as co-existence in Islam and as sure as you are reading this article, they will target the rest of the western, freedom loving world.
What are you going to do--when Islam comes for you?
Posted by Jerusalem Vistas~Israel Vision at 4/12/2011 09:10:00 AM