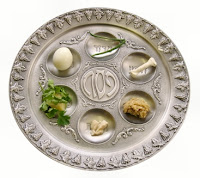 All over Israel the people are preparing for Pesach. There is special care at this time of the year to remove every trace of chametz not only from homes and other buildings, but from the soul. But, even as the careful preparations are made, the world around us boils.
Traditionally there are attacks on Israelis on all major holidays. It is a favored time because observant Jews do not "carry", nor do they drive or operate equipment. Although Israel has become more secular, tradition is still observed by many and tour enemies see this as their opportunity. Witness the recent slaughter of the Fogel family on a Shabbat evening. 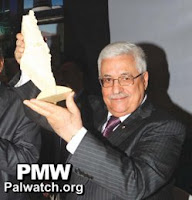 This year we are faced with words--evil words--calling for the elimination of Israel. The "PA" first demanded the UN impose a "No Fly Zone" to prevent Israel from protecting its citizens against the constant barrage of rockets coming from Gaza. They also asked for the borders to Gaza to be opened--Hamas needs more arms I guess.
Now they are asking to have the PA declared a "state" within Israel's borders--with no negations. They are asking to have more than 500,000 Jews ripped from their homes and occupations.
Please take a moment to think about this. Try to imagine any country in the world trying to implement an idea such as this! Given the size of Israel, the question is more like "how" this could be done. Bear in mind, that Mahmoud Abbas has stated outright that not a single Jew will be allowed on PA land.

Please read their Charters where they state it openly. Look at the official pictures--that is the entire state of Israel he holds up as "Palestinian Land". And the most distressing thing is they ask, and are receiving the help of the western world to do what Hitler and the Mufti of Jerusalem could not. 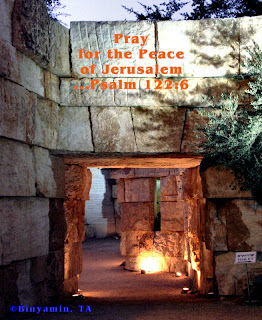 Good people, This is a call for Genocide! Make no mistake, that is the end goal of the PA, Hamas, and indeed all Muslim countries. Do you really believe in your heart of hearts that the Jewish people should be totally obliterated from the face of the earth?
As we all prepare for this most important of holidays, do pray for wisdom and light. Ask God if it is his will that the little band of slaves he brought from Egypt be destroyed. Ask God if it is his will that the darkness of Islam be cast over the earth. You must each reach your own answers, but I urge you, don't allow the spin doctors of the Arab PR machine influence you. There is only one Creator, and that is the God of Abraham, Issac and Jacob. There is only one God who sent Moses to Egypt to demand that Pharaoh "let his people go".
There is an evil darkness trying to envelope the world. This Pesach, make sure you are standing in the light!  Have a Blessed Passover, and Pray for Peace in the World, and for the Peace of Jerusalem...
Posted by Jerusalem Vistas~Israel Vision at 4/14/2011 10:36:00 AM