Palestine~From the River to the Sea 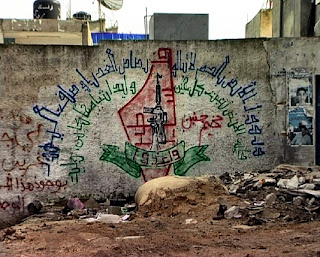 In this disturbing film, by acclaimed director Pierre Rehov, you will follow along as he explores the issue with firsthand footage of the refugee camps and and in depth analysis by world experts as well as interviews with the Arab refugees themselves. Why there are still millions of Palestinians who, 63 years after the birth of Israel are languishing as refugees in poverty? Why are there still refugee camps within the Arab countries? Israel dismantled its camps in the 1950's and gave full citizenship to what are now Israeli Arabs, while in contrast the refugees in the surrounding Arab countries have been kept in limbo since 1948--stateless and without papers.
In this film you will see the lies, corruption, propaganda and false hopes that have developed as this group of people is virtually held as pawns in a board game. Originally there were about  480,000 who left in 1948 on the advice of their Arab leaders, but this has grown to whopping 6 million plus, who are living in refugee camps today.
You will see that UNRWA is the only agency dedicated to helping refugees from a specific region or conflict. UNRWA has 1 staff for every 10 Palestinian refugees, while UNHCR (United Nations High Commission for Refugees) for the rest of the world has 1 staff for every 4,000 refugees! Of the more than 400 million dollars per year given to UNRWA about 50% goes to UNRWA employees--and there are other funds that are not accounted for.
The facts are not pleasant! Please take the time to watch each of the four segments of this film. Go to Pierre Rehov's website and learn more. Listen to what the Arabs themselves are saying. What they are demanding is nothing less than the complete destruction of the Israeli state and it's people. Are you willing to support this?
From the River to the Sea~Part 1
From the River to the Sea~Part 2
From the River to the Sea~Part 3
From the River to the Sea~Part 4
Posted by Jerusalem Vistas~Israel Vision at 6/07/2011 06:06:00 AM