Today at 11:00am the world stood still in Israel as the sirens sounded throughout the country.
It is very emotional to see traffic on highways and roads everywhere pull to the side as passengers get out to stand to attention. Buses are no exception. Drivers pull over, open the doors and everyone stands respectfully.
Yes, there are those without respect--but they are the minority. 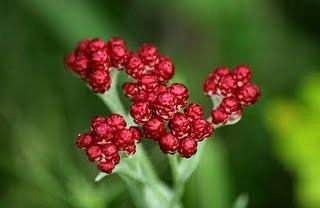 Ceremonies are held, candles are lit. It is custom that members of units that have lost soldiers, go to the homes of the families to spend the day with them. Each year the number of names on the list of fallen increases as terror attacks continue. Those that hate do not make exceptions for civilians, even babies.
Everyone wears the Israeli version of the Flanders poppy, the Everlasting Red Daisy, in their lapel--usually on a white shirt.
Speeches are plentiful and tears flow freely. This is a tiny country that has been constantly attacked since the day of its founding. A country whose citizens have made an unprecedented contribution to the world, yet whose people are continually vilified and attacked. A country, that no matter how many good deeds they do are called apartheid, racist and many other unsavory things.
Let us pray, that one day, the world will finally decide to just let Israel be.
Posted by Jerusalem Vistas~Israel Vision at 5/09/2011 08:09:00 PM