Was the Canadian Prime Minister Right About Islamofascism? 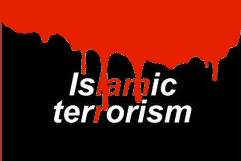 We posted a preview of Prime Minister Stephen Harper's interview with CBC, in which he made a very controversial statement that Camada's greatest threat since 9/11 is Islam.
The interview has now aired and many people have voiced their opinions either for~or against~Mr. Harper.
What indeed have we learned (or not learned) since that day? One has to ask if we have succumbed...which is exactly what terror is designed to make us do.

Ask yourself this: Since the brutal terror attacks of September 11, 2001~Have attacks  by Islamists increased or decreased? Have our rights and freedom of expression/speech increased or decreased?
In the clip below, Brian Lilley speaks with Tarek Fatah, a Canadian political activist, author, broadcaster and a Muslim. In his opening statement he states that Prime Minister Harper is the first western leader that has come up with the clarity that has been missing in the last ten years. Please do listen~and consider what he is saying...
Posted by Jerusalem Vistas~Israel Vision at 9/08/2011 01:18:00 PM