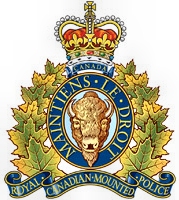 As Canadians, there is much to be grateful for, and to be proud of. The RCMP is a symbol that has long stood for what was good and right. Anyone who has lived in a rural area of Canada will be familiar with the RCMP policing until today.

Both in Canada and abroad people are familiar with the bright red coats and distinctive hats that make up the dress uniform. One of the most popular ceremonial events involves the members of the RCMP in their bright red coats on their beautiful horses as they perform the famous RCMP Musical Ride!

For those who may not have seen it~Here is a bit of the Musical Ride...